What is liver transplantation?

Liver transplantation is surgery to remove a diseased or injured liver and replace it with a healthy whole liver or a segment of a liver from another person, called a donor. A successful liver transplant is a life-saving treatment for people with liver failure, a condition in which the liver no longer works as it should.

What does the liver do?

The body’s largest internal organ, the liver has many important functions including

Who needs a liver transplant?

People with either acute or chronic liver failure may need a liver transplant to survive.

In children, biliary atresia is the most common cause of liver failure and the need for a liver transplant. Biliary atresia is a disease in newborns in which the bile ducts are absent, damaged, or blocked. As a result, toxic bile builds up in the liver, resulting in cirrhosis.

Other reasons for liver transplantation include cancers originating in the liver such as hepatocellular carcinoma, hepatoblastoma, and cholangiocarcinoma.

What are the signs and symptoms of liver failure?

The signs and symptoms of liver failure may include

What is the process for getting a liver transplant?

The evaluation of a transplant candidate typically includes assessment of

The national waiting list is maintained by the United Network for Organ Sharing (UNOS), which administers the U.S. Organ Procurement and Transplantation Network (OPTN) under contract with the Health Resources and Services Administration (HRSA) of the U.S. Department of Health and Human Services.

Even if the liver transplant selection committee approves a candidate for a transplant, he or she may choose not to proceed with it. To ensure the person can make an informed decision about having a transplant, the transplant team provides information about the

MELD and PELD scores are calculated by computer using the results of blood tests. MELD scores range from 6 to 40. PELD scores can range from negative numbers to 99. These scores are used to estimate the likelihood of dying within the next 90 days without a transplant. A higher score indicates a more urgent need for a liver transplant. While patients are on the national list wait for a transplant, their MELD or PELD score may go up if their condition worsens or go down if their condition improves.

The MELD score is calculated using the results of three blood tests:

The MELD score calculation also considers whether a patient who has poor kidney function is on dialysis.

The PELD score is calculated based on

Critically ill patients with acute liver failure who are likely to die within a week are categorized as status 1 patients and are given highest priority for liver transplantation.

What might prevent a person from having a liver transplant?

Each transplant center has its own guidelines regarding eligibility for liver transplantation. A center might determine that a person with acute or chronic liver failure is not a candidate for a liver transplant if the person has

In addition, the transplant candidate may decide not to go forward with a transplant.

Where do donated livers come from?

Most donated livers come from deceased donors—donors who have recently died. Adults usually receive the entire liver from a deceased donor, although a segment of the liver can be transplanted when the donor liver is too large. Because few donor livers come from children, pediatric recipients more often receive a portion of a liver from an adult donor. Occasionally, an adult liver is split into two portions and given to two different recipients. For example, the smaller left lobe may be given to a child and the larger right lobe given to an adult

How are liver donors and potential recipients matched?

Livers for transplantation are identified and allocated through policies developed by the OPTN. The UNOS maintains a centralized computer network that links all organ procurement organizations and transplant centers in the United States. Livers are allocated to specific recipients based on the status 1 and MELD and PELD scoring systems, which give priority to people with the most urgent need for a new liver. Donors and recipients are matched on the basis of having compatible blood types and ideally should be similar in size.

When a donor liver becomes available, information about the donor is entered into the UNOS computer system. The computer creates a ranked list of potential recipients with compatible blood type and size for the donor liver. The UNOS then offers the liver to the transplant team at the center with the patient at the top of the list. The transplant team has the right to decline the liver for that patient. The team might be forced to decline the donated liver if, for example,

If a donor liver is declined, the UNOS immediately offers the donated liver to the next patient on the list.

What happens during liver transplant surgery?

When a suitable liver from a deceased donor is matched to a person who is ready to receive it, the surgery is scheduled as quickly as possible. The recipient completes presurgical testing and is prepared for surgery while the donor liver is obtained, transported to the hospital, and carefully checked to ensure it is suitable for transplantation.

Liver transplant surgery is complex and can take up to 12 hours. The patient receiving the liver requires general anesthesia given through a breathing tube inserted into the windpipe, intravenous lines to provide medicine and fluids, and a catheter to drain urine.

An incision is made in the upper abdomen, and the surgical team detaches the diseased or injured liver from blood vessels and the common bile duct, clamps the vessels and duct, and removes the liver. The team then attaches the recipient’s blood vessels and common bile duct to those in the donor liver. The donor liver is typically placed in the same location where the diseased or injured liver was. Tubes are sometimes placed around the transplanted liver to allow blood and fluids to drain out of the abdomen. A tube may be used to temporarily drain bile from the new liver into an external pouch so the bile can be measured to determine whether the liver is producing bile as it should. In cases where the recipient’s common bile duct cannot be connected to the donor’s bile duct, the donor bile duct is drained into a loop of small intestine.

Living donor transplants involve two surgeries performed in the same hospital. In one operating room, a surgical team removes the transplant recipient’s diseased or injured liver. In another operating room, another surgical team removes a segment of the donor’s healthy liver. Then the segment of donor liver is transplanted into the recipient. Otherwise, the surgery and recovery for the recipient is similar to that for a recipient of a liver from a deceased donor. The living donor typically remains hospitalized for about 1 week after surgery.

What are the complications of liver transplantation?

If a person’s transplanted liver fails as a result of rejection or recurrent disease, the doctors on the transplant team must decide whether another transplant is possible.

What is liver transplant rejection and how is it treated?

Rejection occurs when a person’s immune system recognizes the transplanted liver as “foreign” and tries to destroy it. Rejection commonly occurs a week or two after a transplant, although rejection can occur at any time that immunosuppressive medications fail to control the patient’s immune reaction. Rejection does not always cause noticeable symptoms. Elevated liver enzyme levels in the blood may be the first sign that rejection is occurring. Other signs and symptoms of rejection may include fatigue, loss of appetite, nausea, abdominal tenderness or pain, fever, jaundice, dark-colored urine, or lightcolored stools.

A liver biopsy is usually needed to verify that rejection is occurring in the transplanted liver and exclude other causes of symptoms or abnormal liver enzyme levels. A biopsy involves using a needle to remove a small piece of liver tissue to be examined with a microscope.

Immunosuppressive medications commonly given after a transplant include

In general, a transplant recipient needs to take more medications during the first several months after a transplant, and later some medications may be eliminated or doses may be lowered to minimize side effects. One year after transplantation, many patients require only tacrolimus, cyclosporine, or sirolimus.

Long-term use of immunosuppressive medications can also increase a person’s risk of developing cancers of the skin and other sites. Yearly monitoring is required to detect any cancers at an early, treatable stage.

What is the outlook for people who have a liver transplant?

Most liver transplants are successful. About 80 to 85 percent of transplanted livers are functioning after 1 year. People who have a liver transplant are usually able to return to normal activities after recovering for several months.

Liver transplant recipients receive intensive medical follow-up during the first year after a transplant. They have regular blood tests to check whether the liver is being damaged by rejection, infections, or problems with blood vessels or bile ducts.

To help achieve a good outcome after a liver transplant, recipients need to

With the globalization medical tourism has become hope for many patients whom seek treatment abroad.

Developed countries invest credible amount of resources in healthcare industry to attract more medical travelers. Turkey is one of them. This popular destination, nowadays, revolutionizes its healthcare industry with goverment and private investments in latest technology, modern hospitals and worldwide renowned physicians.

Liver and kidney transplantoperations are some of many organ transplant procedures that are successfully carried out in most advanced hospitals in Turkey. Cost advantage of liver transplant cost in Turkey became hope for those who are suffering from insurance coverage or a long waiting list.

According to Milliam research report in 2014 average estimated billed charges for a liver transplant in the USA is $739,100, but patients can save up to75 – 80% with MedicAbroad in a prestigious healthcare provider such as Florence Nightingale Hospital Group in Turkey including travel and accommodation expenses. 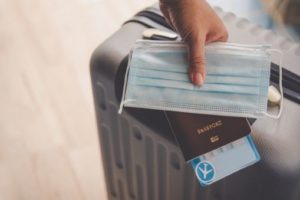 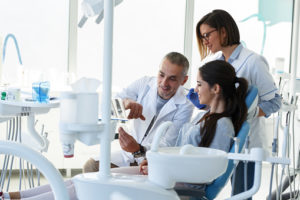 Is Dental Tourism Right for You?

MEDIC ABROAD is a concept to bring an easy access to get the healthcare services you need. Currently assisting in the COVID-19 pandemic, we are alongside you in this journey.